From Premier League to premium health. The Hal Robson-Kanu story

Thomas Hal Robson-Kanu is telling his story about The Turmeric Co., now one of the U.K.'s fastest-growing health brands. 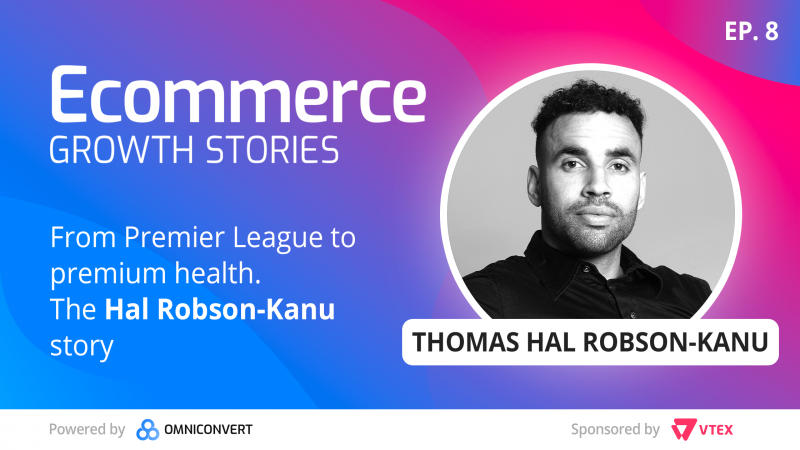 We started 2021 with one main purpose: to be healthy. We all know why, and needless to say, the eCommerce industry has been extremely responsive.

One such example is Thomas’s company, The Turmeric Co, with their amazing turmeric shots that enhance people’s health and promote a healthy lifestyle altogether.

A carousel of experiences later, we got the chance to meet this awesome entrepreneur and listen to his story from Premier League to premium health.

A delicious eye-opening discussion – such was this episode.

Who is Thomas Hal Robson-Kanu?

Being an athlete and international professional footballer, Thomas Hal Robson-Kanu understood the importance of good health. Having experienced the value nutrition can offer in helping recovery and performance at an early age, supporting optimal health naturally with key raw ingredients, Thomas founded and launched The Turmeric Co. in 2018.

Having successfully navigated a professional football career that has led him to play in the Premier League and at an international level, making healthy life choices became pivotal in allowing him to maintain optimum levels of performance and health.

These healthy lifestyle choices became a personal commitment, and The Turmeric Co. is an extension of that. Seeing an opportunity to impact the lives of others positively, Thomas founded The Turmeric Co., a commitment to bring good health through natural nutrition beyond that of friends and family but also to the world.

The Turmeric Co. is now one of the U.K.’s fastest-growing health brands, with their unique range of turmeric shots, offering completely natural convenient nutritional innovation to all.

The first challenges of a business

The biggest thing you need to do is initially get that brand awareness through a community. You want to have that initial traction, whether it’s through the product or through the brand to actually get eyes on what you’re offering.

I think if you can do that and then almost develop a compounding effect, where  – through word of mouth the majority of the time because what you’re offering is whether unique or different – then you can begin to build a community that way.

I know from a lot of my friends – I know lots of different founders in the space now ranging from whether it be one million turnover businesses.

Last week I sat in a digital meeting room with the founder of an online brand, which has done a hundred million in revenue over the last 12 months. So all of their experience is they all do and say the same thing.

It’s almost like you don’t want to run before you can walk. You want to really make sure that what you’re offering has a good product-market fit, but then you’re able to actually communicate the message not on a one-off basis. It’s sticky. You have to have that sort of element of traction with it.

Sometimes it may not be because the product isn’t good, it may be because of the way of communicating with your customer or your audience. That may be prior to purchasing or post purchasing.

If you can get that initial community, the initial traction of loyalists around what you’re doing, then I think I think it offers you a base layer to accelerate from. And ultimately, this is the point I was going to say before, everyone thinks, “Let’s get onto Facebook Ads, let’s go on Google Search, Google Shopping.”

That’s not the first step which you want to run with.

Learning from sports and applying to eCommerce

Fortunately, prior to the launch, I had sort of not proven myself in the business world. But I showed whether it was in a few different companies – I’ve been involved in a few different ventures –  I showed quite early on in my life that I liked things outside of school.

So generally, when I would sort of get into something, I’d be really serious about it. And more often than not, I’d find a way to make it work depending on the scale. I’ve still got a knack for doing that, whether it be a teenager wanting to play in the Premier League in international football and achieving or whether it be looking into blockchain technology, in a really early-stage in educating some people on that very early on.

When I think about it in conception, it’s so random: it’s about turmeric shots. I still feel like we’ve just started. But to begin to build a brand around a turmeric shot, turmeric beverage is so, so random. But to have achieved the level of traction that we’ve achieved to date and seeing the more traction we achieve, the more potential we see is available. It almost makes us work harder. It increases my drive and the more we progress.

We all knew the power of the product, so we knew the product was good because it had effectively saved my professional career, but it was about whether or not the everyday Joe would be interested in a turmeric shot. Everything’s a risk that you do, life is about taking a risk and some are calculated. What you want to try and make as many calculated risks, which are decisions as possible.

For us, it’s one which we made because being able to offer this product to more people is a unique experience.

The first thing that we did, which unfortunately brands aren’t able to do at this moment in time, but hopefully, COVID-depending, in the UK at least we will be able to at some point, is we did trade shows. We went to seven or eight trade shows over the course of a 12 month period under the previous brand of what we wanted to test the product out under.

We just got customer feedback. We would be sampling at these trade shows, we’d introduce them to the business, to the product and at each trade show we probably met, I’d probably say a minimum of five thousand people that would have five or six of the team. These are the early days of the business. Everyone hated me for doing it, but it was something that we needed to do. So we invested in this. We said, “No, this is important!”

So we’d go to each person over the course of four days, we would speak to upwards of a thousand people, the same line, “This is the turmeric health shot!” This is why now anyone in the team now can express what it is with their eyes closed.

That was the key for us. And the crazy thing is that some of our most loyal customers now will still talk about first seeing us at one of these shows, whether it was a running show that we did in the UK, health and wellness, balance festivals and all of these shows, which, again, we obviously understood who would be our market audience. So we talked at these shows. We didn’t go to just random trade shows. It was relevant to health, wellbeing, nutrition.

It’s incredible now, as I said, the number of customers who are our most loyal customers that first spotted us at these trade shows and this is in the initial three, four years ago.

So that allowed us to basically capture customer data who we knew were actual potential customers, as opposed to whether it be a lookalike audience from someone who’s engaged with an ad that you were running or whatever. Well, no, these are actual people who are interested in health and wellness.

So that allowed us to build a base from that and we built a contact list from that, from the participants there, from that contact list we identified who are individuals of significance. As we would go to each trade show, we then built a list of individuals who would want to retarget and try and activate through our brand. Whether they be influencers, but then their influencers, where you’re not engaging with them through direct message, you’ve actually had a personal conversation with them and they understand the investment that you have within the brand so they’re more likely to take what you’re saying seriously.

Effectively from each of those, we built up as well an audience, a customer base, a community.

Join us next week on a new story adventure with Kelly Slessor, the Founder & CEO of Shop You, a literal virtual mall. You can’t miss this!

This podcast is sponsored by VTEX.

VTEX is the first and only fully integrated commerce, marketplace and solution that offers the fastest time-to-revenue, without the need for additional updates. Ever.

See where your business stands compared to 1,000+ e-stores in different industries.

Passionate about marketing and the dynamism of technology, Andrada started by understanding the basic steps of content & copywriting and social media, SEO & PPC back in 2016.Combining this knowledge, she was able to create marketing strategies, to develop project management skills, to communicate and monitor marketing activities from a simple idea to the completion of a project.

By clicking the button, you confirm that you agree with our Terms and Conditions.

Master what matters most in eCommerce

If you liked this article, make it shine on your page :)

Latest Articles in the Category 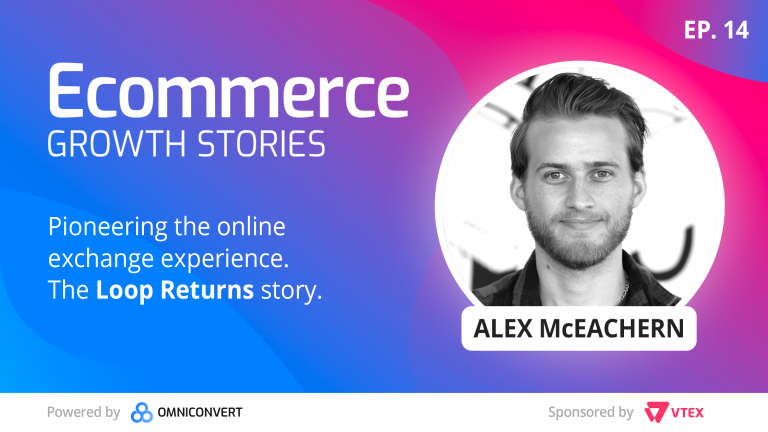 The Brand Marketing Manager of Loop Returns, Alex McEachern, is talking about returns and exchanges, part of the customer experience. 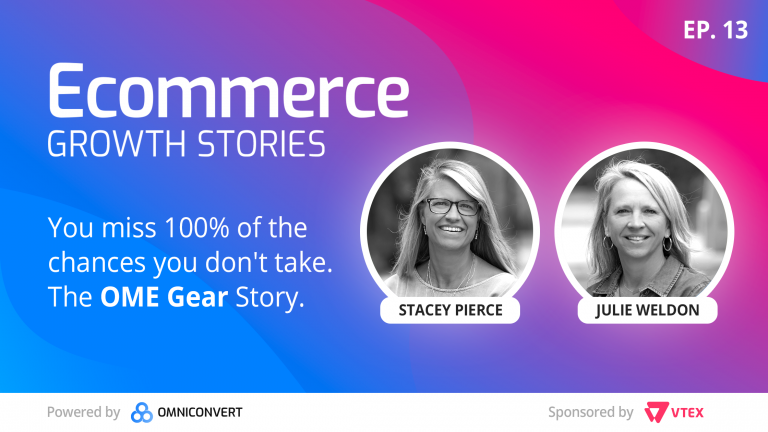 You miss 100% of the chances you don’t take. The OME Gear Story

The founders of OME Gear, Julie Weldon and Stacey Pierce, shared their story about family, success, failure and the power to move on by taking all the chances you can get. 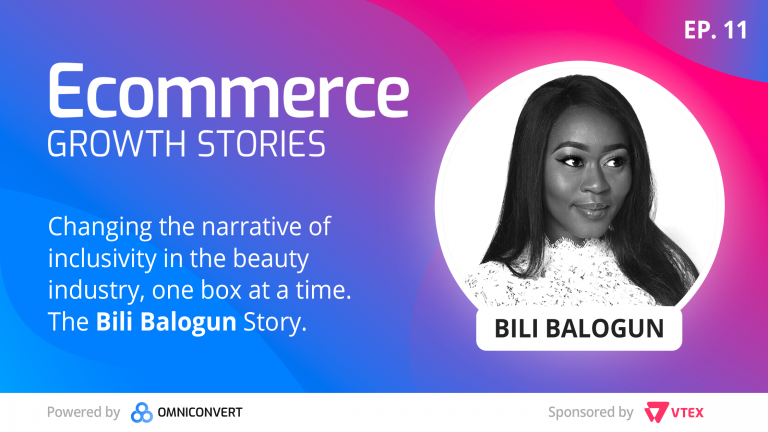 Changing the narrative of inclusivity in the beauty industry, one box at a time. The Bili Balogun Story

In this episode, we are talking to the founder Bili Balogun about how she wants to change the narrative of inclusion in the beauty industry.

What topic do you want to explore?

We’ve got everything you need to broaden your eCommerce knowledge.

From concepts to hands-on materials on eCommerce optimizations, software and automation, data analysis and reporting. You name it!

We’re a team of people that want to empower marketers around the world to create marketing campaigns that matter to consumers in a smart way. Meet us at the intersection of creativity, integrity, and development, and let us show you how to optimize your marketing.

Real-time data from stores in different industries and shop ages.